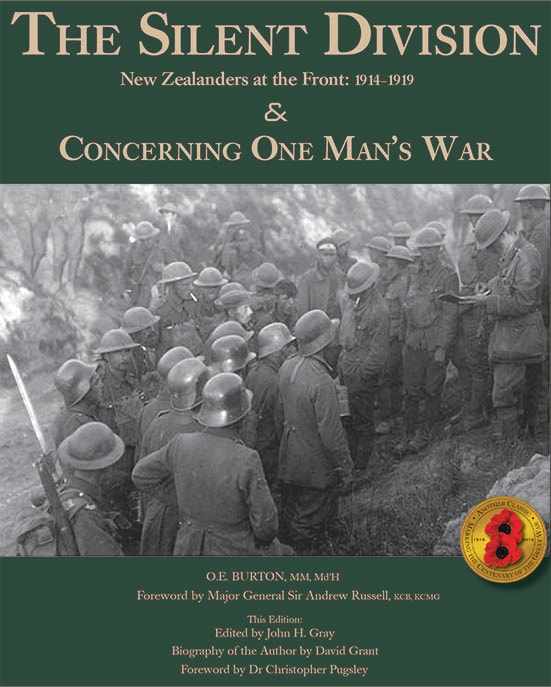 ​​ It was appropriate that the centenary of the start of World War l should be marked by publishing, in one volume, two works of the greatest New Zealand front-line writer about that war, twice decorated and thrice wounded.

Ormond Edward Burton lived life at an uncompromising extreme, whether as a soldier – when, as recounted in this book, he more than once voluntarily went to considerable lengths to put himself in harm’s way, as he saw it in his unit’s interests - or later as a clergyman and Christian pacifist.