Synopsis:
From The Uttermost Ends of The Earth is much more than a travel guide to New Zealand battlefields of the Western Front.
Its history of the New Zealand Division in France and Belgium is solid, its great strength is the wealth of detail and visual material it contains. Readers are informed of places to stay, given the relevant GPS co-ordinates of sites of interest, the makeup of the New Zealand Division is thoroughly explained, informative websites are featured, the glossary of military terms and abbreviations is comprehensive and there is much more.
It is a visual feast, with more than 100 illustrations, many in colour. Special mention needs to be made of the maps. Gray clearly had a passion for good quality, detailed maps and has assembled 32 for the book. In addition, nine original trench maps also feature, which is most unusual. The book is worth buying for the maps alone.
From The Uttermost Ends of The Earth is a considerable achievement. As Dr Christopher Pugsley notes in his foreword, writing it has clearly "been a labour of love and it shows". It is especially pleasing to see the book in the quality it deserves - in hardback, with an inspiring dust jacket.
This is a fine contribution to our understanding of New Zealand's role in this pivotal world conflict and anyone with an interest in New Zealand's experience on the Western Front should read it. 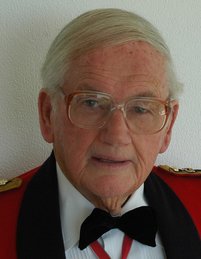 ​Review by Colonel (Rtd) Ray Seymour
CEO of the National Army Museum  Waiouru
One should never judge a book by its cover. In the case of John Gray’s 'From the Uttermost Ends of the Earth', one can! From the moment I unwrapped this book from its packaging I knew that it was a winner. The selection for the dustcover of the painting by George Butler entitled the “Capture of the Walls of Le Quesnoy ” is ideal. It is of that magnificent feat by Major Harold Barrowclough’s 4th Rifles when 2Lt Kerr and 2Lt Averill, followed by their platoon members, stormed the ramparts of the embattled village of Le Quesnoy. The village was home to a substantial civilian population that had been held captive by the Germans for over four years, who were then released. But what is more significant is that exactly one week after the capture of this fortified village, the white flag
had been raised by the Germans and an armistice was finally declared. The Great War was over – and now our men could see that they might ‘be home by Christmas’. In the eight months that the New Zealand Division had been attached to the British IV Corps, commanded by Lieutenant General Sir G.M.Harper, our Division’s results were impressive – 287 officers and 8,745 other ranks had been captured along with 1,419 machine guns, three tanks and much other material. This magnificent book is that story – and many more.
Gray’s book has been a “labour of love” and Chris Pugsley, in his foreword, releases a snippet of information that suggests that this book certainly has been a labour of love by noting that the script had been in the making for about ten years. Gray, in his preface, tells us that his book had its genesis as a diary that he kept on an early journey he had made to follow the footsteps of three of his uncles
who had served on the Western Front, and survived. And so the finished product is this ‘jewel’ and now should be well established in the library of New Zealand’s military history. It is a comprehensive history, not quite day-by-day, but certainly battle-by-battle and this has allowed Gray to drill down into exactly what happened and tell us where it happened, why it happened and what the results were from the activity. And he tells it as it was. There are no cover-ups and where he has had
to, he has called ‘a spade a spade’. I especially enjoyed his vignettes on the numerous bravery awards that were made during this period and not only on those who were awarded the Victoria Cross but most other bravery awards as well. Chris Pugsley has classified this work as “80 per cent
history and 20 per cent guide book”. Now I have to admit that I have never been in favour of such a mixture (and have made my feelings known in previous reviews), but this book is different. Gray has crafted this book so that one can now, with ease, armed with this book, possibly a GPS, a cut lunch and a rental car, complete a 12-day tour around the battlefields of the Western Front and see
all there is needed to see of just where the New Zealand Division operated. His research enables one to find just about the blade of grass that a particular man fell on in battle or performed a brave feat that earned him a bravery award. And it is for this reason that the guide book approach has embellished this history book. But having applauded the approach, I would have to admit that if I
were to do this battlefield tour designed by Gray, I would have some reservations about taking his book. Its quality is too good to throw in one’s backpack and its bulk would preclude taking too many other things in one’s pack.
Perhaps the next edition could be a more manageable paperback version.
'From the Uttermost Ends of the Earth' has to be in the “must have” category. Any family who had a forebear serving with the New Zealand Division on the Western Front during World War One must have this book in their home. And every school, university and library will be doing their students and customers a disservice if they do not include this publication in their bookshelves.
Well done John Gray for your excellent research and presentation. This is an exceptionally well produced book that has been embellished with a good range of photographs along with appropriate maps and all enclosed on superior paper and encased in a solid hard cover.
Congratulations to you.