THIS ARTICE IS AN EXTRACT FROM BEATTIES BLOG​ 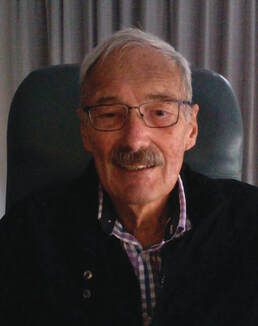 Some people just love books. Not just reading them, but also twittering over them, feeling them, sniffing them… A lot of this kind seem to end up somewhere in the book business.
One such bloke is Bob Anderson (left). He’s a real book man, is Bob.
He started out as a lithographer who set up his own business in Christchurch doing typesetting, design, film and litho, the kind of business that proliferated in the years before digital came along and dealt many of them a death blow. Bob built working relationships with a few publishers, and even set up in Fiji, courtesy of that country’s government incentives, to service the Aussie market as well.
In 1991 he became a print consultant, but all the time Bob was getting deeper into books. All told he reckons he’s been involved in the production of the best part of 1000 books. Since 2000 he’s been a full-blown publisher — with a very special niche, that trades on another side to Bob Anderson. He is, as he loves to remind anyone sharing a drink with him, probably the only living person to have served in the New Zealand Army (2nd and 3rd Battalions) THREE TIMES.
It is a long and hilarious story of how that came about (perhaps Bob will tell us in a book sometime) but suffice to say Bob has a lot of friends in the New Zealand Defence establishment who value his commitment to producing quality books. They know him across the Tasman, too. It’s almost got to the stage where if it’s anything to do with ANZAC, Australian or New Zealand military events, it has to have Bob’s imprimatur on it.
The upshot of all that is that Bob’s company, John Douglas Publishing (and another company before that) is probably Australasia’s leading publisher of military histories. Of those 1000 books he’s built, most done since the year 2000 have been military books…
​
A WORD FROM BOB
Hello, I’m Bob Anderson. (John Douglas Robert Anderson, if you’re curious about the company name).
My passion is books, specifically, books on Australasian military history. Through my career I have been involved in the production of the best part of 1000 books. Of those I have done since 2000, the vast majority relate to some aspect of our military history.
This interest stems partly from an early stint in the NZ Army 2nd and 3rd Battalions, and it has been nurtured over the years by my many friendships, that I prize greatly, with military people.
I am very keen in all the forms of outdoor activity that many Kiwis love: travel, hunting, fishing and sport, especially Canterbury rugby. I try to keep fit, having competed in three Coasts-to-Coasts and, at last count, 34 half-marathons.
But most of all I love books — the process of taking an author’s dream through the myriad of stages that culminate in a superbly presented volume of type and photographs that Kiwis and Aussies will want to own and treasure.