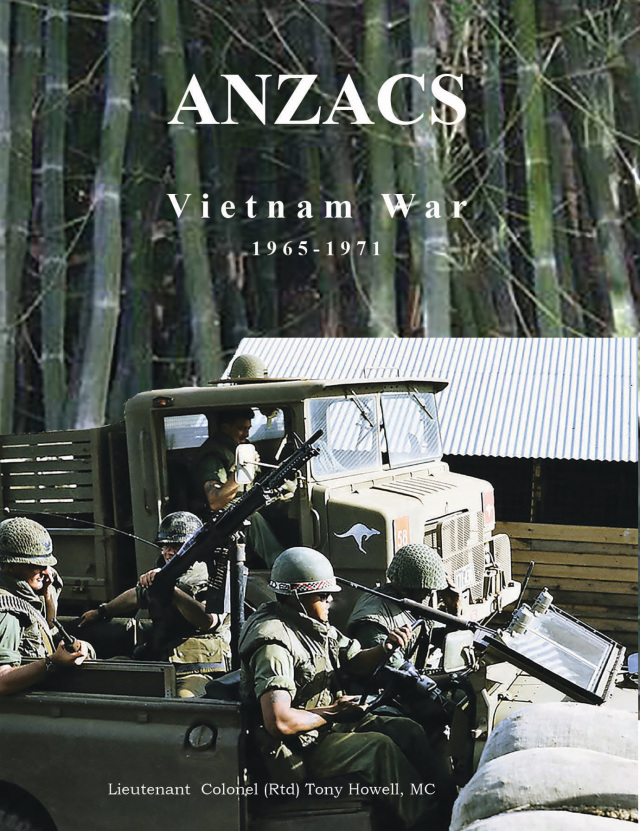 ​​This book is a commentary on the ANZAC forces involvement in the second Indo-China (Vietnam) War during the period 1965 to 1971. Their actual involvement as ANZACs in Vietnam, started in 1965 with the deployment of 1 RAR (Australia) and 161 Battery (New Zealand) to Vietnam in support of the 173rd Airborne Brigade based in Bien Hoa. It wasn’t until the 1st March 1968 that the first ANZAC Battalion was created in Nui Dat, comprising 2 RAR, Victor 2 Company and Whiskey 3 Company. From that point on, the ANZAC Battalions were based in sequence on: 4 RAR, 6 RAR, 2 RAR and 4 RAR.

The merging of Australian and New Zealand soldiers was as seamless as it was in Egypt in 1914. In that year, the ‘Australian and New Zealand Army Corps’ was created when the Australian Imperial Force and the New Zealand Expeditionary Force were placed under command of Lieutenant General William Birdwood in Egypt. The two nations landed on Gallipoli on the 25th April 1915 as ANZACs. Their achievements at Chunuk Bair and Lone Pine Ridge are now legendary, cemented in our mutually proud ANZAC history.