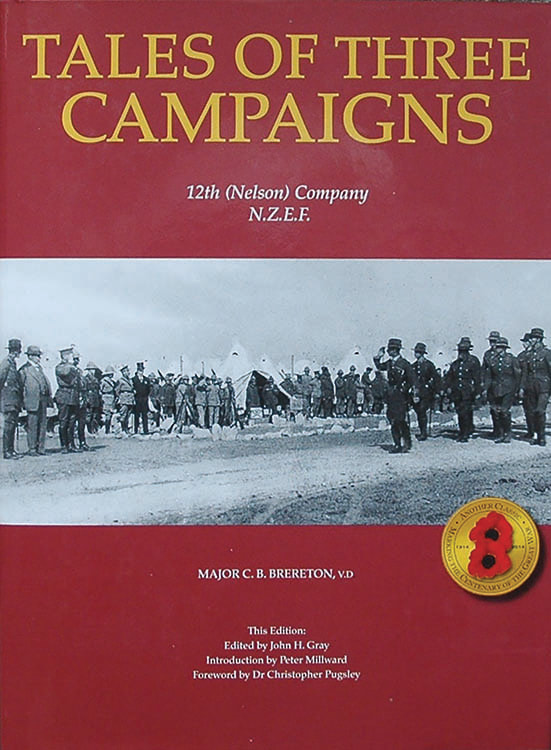 ​​ In 1926, Lieutenant Colonel Brereton who had taken the 12th (Nelson) Company of the Canterbury Infantry Battalion into the Great War in the Main Body of the New Zealand Expeditionary Force, wrote the well-received first edition of this title.

The three campaigns alluded to were the Battle of the Suez Canal on 3 February 1915; Gallipoli as it related to the Landing at Anzac and the Second Battle of Krithia at Cape Helles (where the author received a serious head wound); and the Western Front, including First Somme in September 1916 and two periods in the line in the Northern Zone, in and about Armentières.